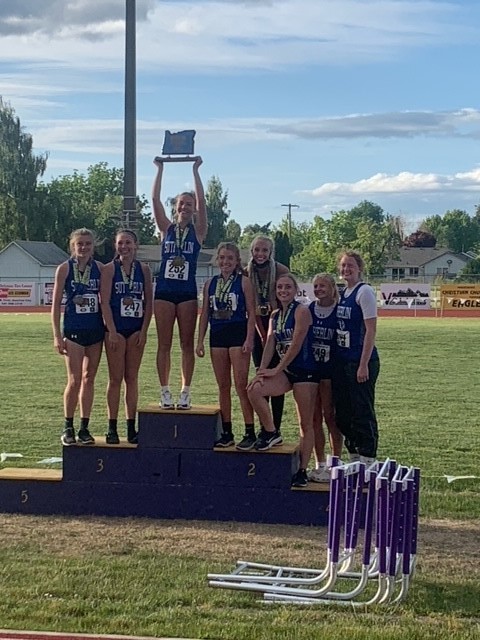 Congratulations to the Sutherlin High School girls track and field team for winning the 3A Track and Field team championship Tuesday night at Harrisburg High School. The girls edged out St. Mary's of Medford by 10 points (113 to 103) for the top spot at the meet.

Members of the boys team that competed at the state meet include Ashton Wolfe, Keith Sorenson, Brayson Parsons, and Josh Davis.